Getting “back on the horse” (so to speak) is harder than I expected. I will have a few good days followed by days of inertia.  Where did I find the time to run 25-35 miles each week? I barely have time to do a 20 minute run?

So I had a good couple of days, and then noticed that this weekend is Christmas Eve/Christmas Day.  (Of course I knew that, but realizing how this will effect my routines just sort of hit me.)

Don’t be fooled… There will be pie!

I need (NEED) to keep things going. It is crucial to make my workouts part of my routine, even on days I have no routine. So I did something out of character – I invited a group of fb friends to do a fitbit challenge with me. I even gave them the real reasons why. I need to stay motivated in spite of all the holiday celebrations. I need to get my walking and my running in. I need to move my body. I need to eat as clean as possible.

I’m already planning how I’m going to get my steps in tomorrow. 20 min Run, followed by lots of shopping (which equals walking) and maybe walking to my sisters for Christmas Eve dinner, if I can convince my family to join my craziness. Sunday will be harder, but I’m hoping the friendly competition will get me to do what I need to do.

Between one thing and another I’ve been barely moving the past 3+ months. It wasn’t just my injury: politics, work, and family have had an impact on my soul, and this my activity level. There was a week/ten day period that I ate like my boyfriend broke up with me (he didn’t; you guess which week).

I’ve lost a lot in that time — self esteem, stamina, identity — but I’m ready to get my fight back. Not just in fitness but all aspects of my life.

The past few days I’ve been re-reading my old workout journals to set new goals. I just need to remember that I can’t compare my progress with where I was pre-injury or I’ll just give up.

For example, I’m only supposed to run 20 min at a time, with 1-2 rest days in between. Today I thought I ran so much better than Tuesday only to find I actually ran only 0.1 miles farther in the same time. I was sooo disappointed till I logged on to my favorite fitness Facebook page and was reminded that this was 20 min more than I could do the past 3 months. Then I logged into twitter and saw how many ❤ my recent posts have gotten. So I was inspired to come back here.

I need smaller goals. I need shorter posts. I need to celebrate my successes.
Thanks for giving me a place to lean.

OK, to fair, it’s been my only real run in months.

My last real run was in August. I did a 6 mile hill run that completely undid me. Since then I’ve  kind of lost myself. I tried a number of programs (weights, biking, yoga), but not with any enthusiasm. I’ve been disconnected, easily frustrated, and a bit lost.  What was supposed to be 6 weeks of PT dragged into 12 weeks. I was pretty faithful about attending PT, but kind of slacked off between sessions, not keeping up on my end of the exercise.
The events of early November didn’t help my already sagging mood. Not to get political, but I have lost enthusiasm for pretty much everything. 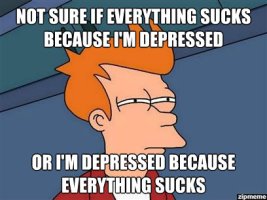 The PT, which initially showed promise wasn’t really getting me where I needed to go. Plus the doctors couldn’t agree on the best way to move me forward. One said I definitely needed surgery and it was a wonder I could run at all. Another said those were old injuries, and if I ran a half marathon last year those mangled bones and tendons couldn’t be the problem now. I went the path of least resistance and got cortisone shots in my heel.

At first I didn’t think the shots helped. I still felt all the pains, just in different places, but I renewed my efforts to work on PT and by week 2 things seemed somewhat better. My therapist said we could try a cautious run on the treadmill in PT. That was Monday. She let me run for 1 min, walk for 2 min, run for 1 min, walk for 2 min, etc.  In all I did less than a half mile of running in 15 min. It was both agonizing and exhilarating.  My body felt free, but also in check. It was the best 15 minutes in weeks.

That was Monday… I rested and tested how my legs felt Tuesday and Wednesday, I did a morning run: A little further and a little faster.  As per my carefully planned out regime, I rested Thursday and woke super early this morning ready for my Friday run. I did 10 minutes straight running, nearly making the mile mark.  When my lovely GPS watch buzzed that my time was up, I almost wanted to pretend I didn’t notice, but I thought about all the months and months of PT and thought, “It isn’t worth it.”  I stopped and walked  the rest of the way home. 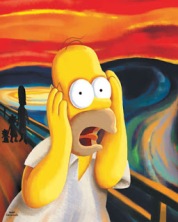 I have to say right now I’m concerned. My calf is pretty tight right now, tighter than it has been in months. Did I overdo it? Did I not stretch enough after? Am I being oversensitive and overthinking it? Maybe it’s sore because I haven’t run in 3 months??

Having said that, running this morning felt awesome. I got more done at work today than I have in weeks, and the people that needed me to clean up their messes didn’t piss me off nearly as much as usual. I even felt better about how I looked. I mean, that’s crazy right? But I was thinking about it. The past few weeks I’ve looked at myself in the mirror and all I could think is negative thoughts: I’m getting fat, I’m wrinkled, I’m out of shape, I look awful… All my body positivity work from the past 3 years has just deserted me.

Today, I put on a pair of yoga pants and tight top and thought, “Wow, I look cute.”

I’d love to tell you want it means, but right now all I can say is I want to run tomorrow. I’m supposed to rest between runs, but really, how important is that?

If you are afraid, do it anyway. That's the only way to get to the good stuff.